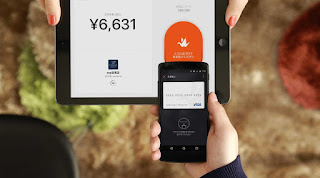 In 2018 QR Code is gaining popularity in Japan. Obviously the main QR Code players in the market are more or less copying from their Chinese counterparts. And NFC-based Japanese payment industry began to shift towards QR Code.

When Chinese QR Code first kicked off in Japan, local media from one hand claimed that Japanese payment industry is facing severe challenge. From the other hand they couldn’t help shrugging the laggard QR Code payment off. After all how can it ever compares with FeliCa, which enables payment transaction to be completed in a matter of milliseconds? Slow, complicated to process, less convenient than tap and go --- QR Code’s drawbacks are way too obvious. Besides a large number of counterfeit money in circulation, low penetration of credit card and a lack of an adequate card acceptance infrastructure all fuel the rise of mobile payment. But there’s a totally different landscape in Japan – the well-developed payment system and convenience of existing payment methods leave no place for innovation

I’m already quiet familiar with Japanese media’s contempt of China. But the above-mentioned rash analysis just goes too far. First of all counterfeit money is not that widespread and well within control. Secondly, in metropolitans like Beijing and Shanghai the credit card penetration is no way lower than that of Japan and POS terminal is deployed in most merchants.

Those who have once lived in China all know that WeChat and Alipay didn’t implement the strategy of “using the rural areas to encircle the cities”, they start from the densely populated first-tier cities and develop their merchants one by one. The so-called “troublesome” payment method in Japanese media’s eyes alters the spending habit of Chinese consumers and enables merchants to get access to transaction data immediately and realize precision marketing. How can Japanese specialists come up with the correct conclusion without knowing the whole picture?

But some insightful fintech companies follow the example of Alipay and WeChat and roll out their own OR Code payment apps. I recorded videos of Origami Pay and Rakuten Pay (related with Alipay), does it look familiar?

Here display the home page interface of LINE Pay、Origami Pay and Rakuten Pay， which remind me of Alipay and WeChat pay years ago. Pull mode, push mode, transaction history and some other basic functions can be found here. Recently Origami developed the function of merchant map, which helps consumers easily find merchants with special offers nearby. Generally speaking all these Apps just set up their payment function and are still on their way of building their own financial ecosystem to upgrade to a super App.

These QR Code payment Apps are quiet similar. Their operation and marketing methods don’t differ too much from Alipay and WeChat. The consumer incentive has been given since the launch date and the QR Code Apps don’t dare to stop this marketing campaign all of a sudden. Furthermore in Japan retailers are more powerful than payment service provider, the fact that many merchants still refuse to accept bank cards can prove this. Merchant doesn’t share the marketing incentives with payment company, which make it hard for the latter to survive without strong investors. Therefore without support from big corporate like LINE and Rakuten, Origami Pay called for Sun Zhengyi’s help in Series B financing.

The big progress of Alipay and WeChat in China not only attributes to red-packet and discount, but also service provider mechanism. From my perspective the 3 Japanese QR Code payment companies aren’t competitive enough in this aspect – their incentive mechanism aren’t attractive enough to motivate credit card institution, software provider and payment aggregator. Therefore after one or two year’s work only more tens of thousands of merchants have been developed. By contrast Alipay established cooperation with the most cashier system providers, which later brought hundreds of thousands of merchants .

Based on the success case of Alipay and required functions of consumers and merchants, I made a comparison of several Japanese QR Code payment companies to inspire late-comers to this market. Sincerely hope that the robust growth of QR Code payment in Japan will continue.

Actually in Japan mobile payment became popular decade ago, so it’s not that eye-catching for Japanese. Other then QR Code payment, mobile manufacturers equips mobiles with IC chip and thus allows merchant to complete transaction by reading the chip. Payment and mobile device are separated from each other. Although from technical perspective it varies greatly from the smart phone payment, but for consumers it’s the same – payment with mobile and is convenient enough. Therefor it’s quiet hard to shift Japanese consumers toward QR Code, besides there isn’t a irreplaceable payment scenario.

This year is projected to be a year of QR Code payment competition in Japan. Let’s wait and see which one from the biggest three players will grab the market!